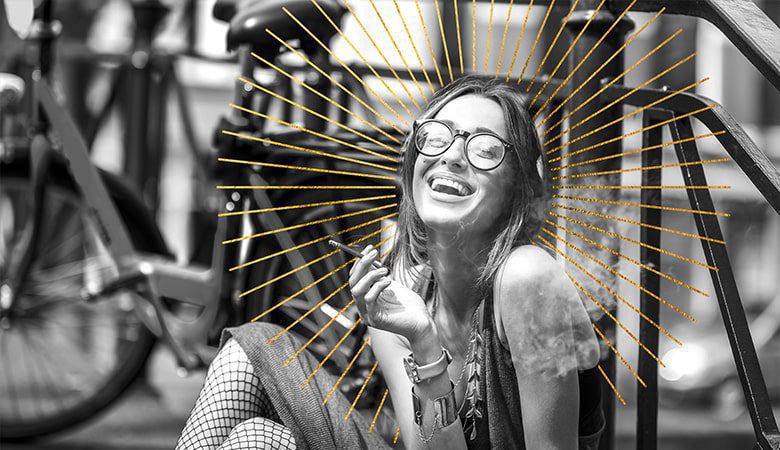 What influences the effect of cannabis?

It is not possible to determine in a simple way what influences the effect of cannabis, whether from a medicinal or recreational point of view, precisely because several factors have this role. The way the plant was cultivated, the way to consume it, the type of flower, and extraction methods are just some of them. In addition, there are also social influences that involve the consumer in question, such as their psychological level or the place where they live.

But after all, what are the main factors that influence the effect of cannabis?

The human brain produces phytocannabinoids in a natural and moderate way, that is, with a shorter duration and effect. They are present in the cannabis plant and, among the more than 100 variations known to science, nine have proven medicinal action. Each of them has its power of effect, and when they act together, they produce a specific response in each organism.

In other words, the effects of these phytocannabinoids generate a unique impact on each person, even though many of these effects are similar in most of them. THC is the only phytocannabinoid with a psychoactive effect. It interacts with others, thus shaping the experience into the same rhythm. For example, the anxiolytic effects of CBD and CBN help to control the anxiety that some people experience when using very high doses of THC.

See below some phytocannabinoids present in cannabis and their pharmacological effects:

Terpenes are responsible for the aroma and flavor of each plant, just as it occurs in other plants and even flowers and fruits. Cannabis aromatherapy can be considered as it also has its medicinal properties when converted into essential oils through the extraction of the resin.

Each type of plant has its own terpenes in different proportions, and this is what determines the smell and taste of each one, in addition to interfering with the way the phytocannabinoids are absorbed and processed by the body.

“Terpenes can act to modulate the effects of cannabis on the human body in different ways. They modify the way the brain receives phytocannabinoids, making absorption faster or slower and prolonging or shortening these effects. In addition, Dopamine and Serotonin, two of the main natural mood regulators produced by the human body, which are also responsible for several other vital functions, have their effects affected by terpenes. It is worth remembering that terpenes are not only found in cannabis but in all aromatic plants.” as described on the Ganjatalks channel.

In other words, smells really move humans deeply and intensely, much more than we realize. In cannabis, these influences are even more intense, as we are consuming very concentrated doses of psychoactive phytocannabinoids and terpenes, and cannabis is one of the plants with the highest concentration of terpenes as well.

The way we prepare and consume the plant directly influences its effects on our bodies. This is because the availability of phytocannabinoids in the body and the way their molecules are processed vary according to the methods adopted at the time of consumption.

Phytocannabinoids are activated at different temperatures. THC, for example, needs something around 150 degrees Celsius, while CBD needs a little higher temperature to be available.

The way you choose to consume cannabis should also be a factor to consider. Through vaporization, the effects can be felt almost immediately; however, the duration is shorter compared to other methods, such as the oral route. In the latter, the effect is not immediate, but on the other hand, it keeps the phytocannabinoids more bioavailable in the body precisely because they have a longer effect.

There are other ways to absorb phytocannabinoids, such as topical use in the form of patches or ointments, which have little or no psychoactivity.

The conflict between medications is known to science and even to people in general, and cannabis is not left out.

As with any other drug, adverse effects can exist from the interaction between two or more substances, and although there are not many studies that clarify this scenario, it is already known that cannabis can have its psychoactive effects enhanced when administered together with alcohol or other drugs.