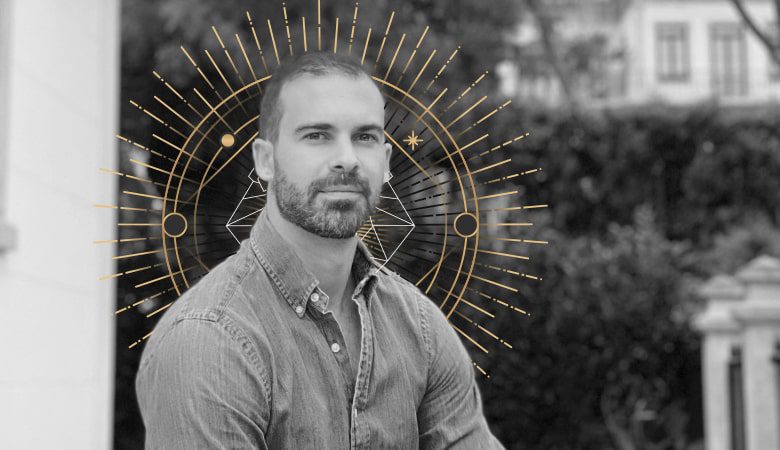 Interview with Patrick Martins for a report on the state of cannabis law in Portugal.

1. The plant, commonly known as Cannabis, has several species, and its derivatives are utilised in different ways - from recreational  Cannabis to medical cannabis. Stores like Green Swallow work with a third branch, industrial hemp. I want to start by asking what characteristics guide the framing of the products sold in these stores? What criteria do you have to meet, and who - on the seller's side - certifies that they are met?

A. The European framework for this type of product is very clear. We have regulations to follow both in the sale and in the origin of cannabis products. In particular, products sold in the European Union have to be developed from seeds registered in the European catalogue.

I contacted several lawyers, and they all gave positive opinions and reinforced that international treaties, such as those of the European Union, are above national laws. So I decided to go ahead with the first store in Portugal in March 2019.

At the end of 2019, we created the franchise concept because we had a lot of requests from entrepreneurs, and even customers, who also wanted to start working with this promising new branch. There is a very extensive European regulation, and I invite all readers to read it in its entirety.

In general, cannabis products having hemp origin can be sold as long as the THC level is below 0.2%. THC, which is the psychoactive molecule of Cannabis, is limited by this European regulation.

To comply with this regulation, Green Swallow only ever worked with recognized companies in the industry. In addition to the tests and certificates of the products provided, we check the THC levels with a second test before any product shipment. In other words, no Green Swallow product goes on the shelves without having been tested at least twice.

In reality, this authorised THC content should be higher since countries where processes work better than in European countries already accept a THC content of up to 1%, such as Canada, Switzerland and Australia.

Considering the THC content below 1% was a decision made by people and entities that are not experts in the field, and with the evolution of knowledge about cannabis, countries are revising this content too low.

It has already been proven in a recent study by the University of Bologna in Italy that the 1% THC content was not resented by any of the participants. These countries decided to increase this limit to 1% after communicating with scientists, farmers and specialized producers.

Thus, they concluded that in order to give consumers a quality product, this was the limit THC content with which they should work.

Unfortunately, several countries that have not studied this new branch are barely managing to survive a pandemic that has been going on for over a year and have not even introduced the European Union regulation mentioned above into their legislation. This is the case in Portugal.

For this reason, we recently created the Association of Industrial Hemp Traders, which I preside, represented by Dr João Nabais, to help the authorities establish and control this new market, which is that of Industrial Hemp.

I take this interview to thank Dr João Nabais for accepting to represent our Association and for his sensitivity when realising that several conflicting cases involving authorities and traders originated from the lack of communication between them.

2. What steps do you consider essential to take to make everything more transparent? Do you feel that there is a need for new legislation or just greater recognition - social - of what already exists?

A. There are two steps to take:

We have to pass on the correct information about the product we sell. This is our work in stores in particular. Green Swallow has more than 1,500 references in the catalogue, some complex products, in a branch with an evolution almost never seen.

We cannot pass incorrect information in the store, let alone ignore one product or another.

Transparency and the correct information is what will help to develop our industry and mentalities. I have competitors who allegedly sell flowers with a CBD content of 20%, 25%, 30%, but that is scientifically impossible.

A flower with a THC content below 0.2% can only have a maximum of 7% or 8% CBD.  Often they do not do this intentionally; these CBD levels are promoted by distributors who decide to account for elements that should not be accounted for.

This kind of information passed on, however, weakens our message to consumers, and it can create some confusion. As much as the government may help, this work must be carried out firstly by those in the branch.

In our association, we regularly communicate and exchange new information, developments ... I have cordial relations with all players in the industry and I always have, that was a fundamental point for the creation of our association.

We have a particularly destructive tendency in Portugal to remove problems, to think that they have no solutions.

We think we are conservative and strong when in reality, we suffer the influences of several countries for not being able to have a branch of our country developed by ourselves.

We don't have any branch of the tertiary sector that foreign companies do not run, at least so suddenly I don't see any.

My association aims to stop following other countries and keep the crumbs as we have been doing for tens of years.

The European Union regulation has been around for years; why didn't we do like Poland and the Czech Republic, which quickly realized that this new branch could boost the country?

I am in daily contact with ambitious industry players, willing to develop activities, willing to work, but the authorities' lack of attitude makes them give up or go through discouraging situations.

There are several traders who have already given up the business due to a lack of work from the authorities.

How can the Public Prosecutor's Office regularly send the PJ to carry out wild seizures in our stores and not simply try to regulate the branch of Industrial Hemp as it should have been done several years ago?

Some entities try to make you think that the Medical Cannabis branch and the Industrial Hemp branch are the same. When this question is asked, they are very clear about the fact that they have nothing to do with each other.

The Kanavape Case is a fantastic example of this. Last November, this French company had the positive opinion of the European Commission that confirmed that CBD is not a drug, that CBD does not present any danger to public health and that it has to circulate freely in the countries of the European Union.

If any country does not want to accept European cannabis regulations, it will have to come up with strong arguments for doing so. At the moment, there is no argument, except perhaps the personal interests of the decision-makers.

We are still waiting for the return of Cours d'appel d'Aix en Provence, but everything indicates that we will have the first jurisdiction on the subject in the coming months.

Portugal must quickly align itself with these regulations if we do not want to be, as always, behind the leading countries of the European Union. I often hear that Portugal is a small country with a small population and that it comes from a dictatorship, in order to highlight the country's flaws.

But Germany comes from a dictatorship and is currently the 3rd or 4th economy in the world. Sweden has a smaller population than Portugal and Denmark and the Netherlands have a smaller area than Portugal. We don't have a small country, we have small minds.

3. On the traders' side, what steps are being taken?

A. On the traders' side, we are first of all trying to recover from this disastrous year that was 2020, with Covid restrictions that left so many companies in trouble, without mentioning those that had to close their doors for good. As I mentioned before, I paid € 300,000 in VAT and taxes that year and received € 0 in government aid.

Something that is not surprising since I read in the news that they do not even pay the VAT that companies owe.

We have to stop this mentality of "the ones above decide", who is above is decided by the citizens, and we have to ask ourselves about the way we vote.

Mr Marcelo Rebelo de Sousa was elected to the first round; he carried out a campaign that cost € 12,000. Some may find it good not to spend money in an economically complex context, but I see it differently.

I do not think that Mr President is not the most suitable person to represent our country; I only remind citizens who vote that we have to vote for ideas, opinions, developments ... and not because our President is lining up at the supermarket.

We need to have some common sense and conscience, and I am questioning how a candidate can be elected in the first round when I am sure that not even 5% of the voters who voted for our President's reelection know his program.

On our side, as I have already mentioned several times, we have doubled our efforts and recently created our association of Industrial Hemp Traders in Portugal.

Our purpose is to communicate with the competent authorities to propose a bill in the Assembly of the Republic so that the European Union regulations can be applied in the best way in Portugal.

This is the next step that has to be taken to finally invest in our business and develop it, maybe even outside Portugal.

There are several steps to take for traders, but these cannot be taken while we are in a country that turns a blind eye when it finds 500kg of cocaine in a private jet but seize stores open to the public which comply with all legal requirements.

I really hope that thanks to our association we will be able to sit down and communicate with the authorities, so that this branch will finally have a clear framework in our country, and thus limit the work and the headaches not only for those in the branch but also those authorities themselves.