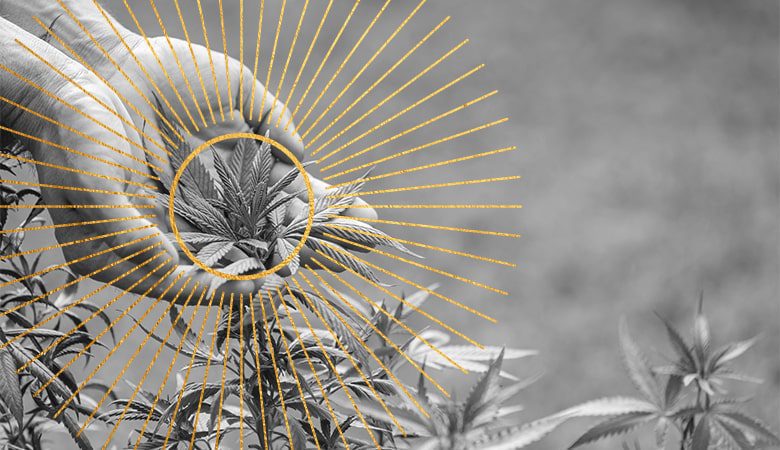 The first evidence that people ever used cannabis leaf was found in China at least 2,500 years ago. The discovery was made in an ancient cemetery on the ancient Silk Road in Central Asia. The plant was found inside wooden artefacts that were buried.

Confirmation of the fact came through a survey carried out last year and published in the journal Science Advances.

Some issues have not yet been clarified about the discovery, such as the reason why the herb was consumed, whether for ritualistic purposes or for a purely psychoactive effect. However, researchers were already aware of the presence of cannabis leaf in that region, where discoveries of plants, seeds and even a shroud made of industrial hemp had already been made.

The artefacts were excavated from graves in Jirzankal Cemetery, an archaeological site on the Pamir Plateau, a region located in the far west of China. The international team of researchers that analyzed the items found that the vases contained stones that at some point were exposed to excessive heat, thus identifying the vases as utensils for burning plant materials, such as plants and incense.

The researchers compared the samples from this discovery with those found at a nearby site, about a mile away, in 8th to 6th century BC graves in Jiayi Cemetery. Of the ten containers, 9 contained traces of cannabis leaf.

Through this comparison, they were able to conclude a curious fact: The most recent discoveries in the Jirzankal cemetery showed the presence of THC in the samples, the psychoactive element of cannabis leaf. Previous discoveries did not indicate the same thing, and it was possibly used for industrial use, such as making fibres and ropes and using the oil extracted from the seed.

The discovery at Jirzankal reveals the highest rate of psychoactive substance ever found in archaeology, which is an indication that ancient civilizations may have intentionally cultivated cannabis leaf, manipulating its varieties and effects.

The origin of the cannabis found is still unknown, but Robert Spengler, the co-author of the research and director of the paleoethnobotany area of ​​the Max Planck Institute of Human History Sciences, stated that the fusion of cannabis leaf varieties might have been caused by the constant movement of people through the Pamir, which links Central Asia to the southwestern side of the continent.

The researcher's enthusiasm is also due to the evidence that shows how man interacted with the nature around him for more than two millennia and how this influenced the evolution of the ecosystem. Evidence of cannabis leaf use for psychoactive purposes is strong despite the fact that no pipe was found with the containers, as this method was only introduced in the modern era. However, there are records of cannabis smoke inhalation in the 5th century BC in the writings of the Greek historian Herodotus, where he cites the Scythians, a nomadic tribe that consumed cannabis in a funeral ritual after burying their dead.

An interesting detail also observed by scientists was the relationship of the great variety that we currently find of the cannabis plant with the millenary consumption. This diverse range shows that man has been interacting with the plant for much longer than was imagined, allowing through hybridization the emergence of several species of cannabis that we know today.

The New World in the modern era, but the inhalation of cannabis smoke from a heating source is portrayed, in the 5th century BC, by the Greek historian Herodotus, who tells, in his work Stories, that the Scythians, members of a nomadic tribe, purified themselves by smoking cannabis after burying their dead".

"Then they harvested the seeds of this marijuana and threw the seeds onto the hot red rocks, where they smouldered slowly and gave off smoke that no Greek steam bath could beat. The Citians screamed with joy during the steam bath".

Mark Merlin, ethnobotanist and historian of cannabis at the University of Hawaii, says that the wide diversity of cannabis around the world today is a testament to how ancient man's relationship with the plant and its exploitation for diverse uses is. "It's a real indication of how long men have been handling cannabis," he said.