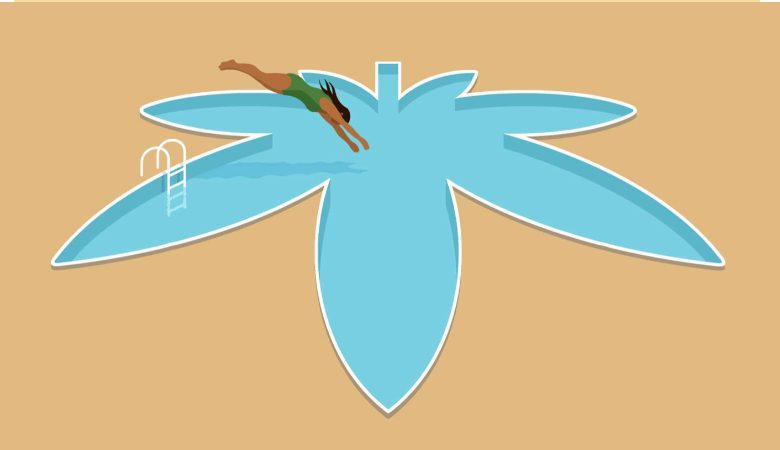 In March, New York state lawmakers voted to change the marijuana law and Gov. Andrew Cuomo signed the bill. But little has been done to move the cannabis industry forward since then, said Michael Roche, an attorney from the law firm Harter, Secret & Emery, at a presentation at the Jackrabbit Club on Monday.

Marijuana law is a hot topic among bartenders, said Chuck Cerankosky, founder and director of the Rochester Cocktail Revival. That's why he kicked off this year's iteration with the seminar focused on how cannabis regulations could impact the alcoholic beverage industry.

• The law left regulations up to a five-person cannabis control board. No nominations for the board have been made, and an executive director has yet to be named.

• With marijuana law changing, the earliest New York could see retail sales of recreational marijuana is late in 2022, Roche estimated. Cannabis sold in New York state must be grown in New York state because transporting cannabis across state lines is illegal at the federal level. Seeds would need to be sown in June, when it is warm enough to plant, in order to have a harvest to process and sell later in the year. If a cannabis control board has not been established by October of this year, it is likely that the timeline would be pushed back another year, Roche said.

• There are three facets to marijuana law: CBD/hemp, medical marijuana and adult-use, or recreational marijuana. CBD, a chemical found in marijuana that doesn't contain THC, is legal at the federal level and is regulated by the FDA. The FDA only enforces products being marketed with unsubstantiated health claims, Roche said.

• The State Liquor Authority and Cannabis Control Board will be under the same umbrella. That's why it is expected that marijuana law will follow the same rules.

• The adult-use cannabis industry will have four tiers: cultivators, processors, distributors and retailers. Little crossover of ownership will be permitted. One exception is microbusinesses, which will be similar to farm breweries and distilleries. "We have no idea who qualifies for a microbusiness and who doesn't," Roche said.

• There will be two types of retailers: dispensaries and those offering on-site consumption. The latter would be establishments where you could partake in marijuana and the state's no-smoking law would not apply. Bars may be able to get an on-site cannabis consumption license, depending on the decisions of the cannabis control board. "Everything comes back to when there's a board," he said.

• The new marijuana law has an emphasis on social equity, intending to create pathways for minority- and women-owned businesses to participate in the industry. The board will have the power to limit the number of licenses, but no guidelines have been set on how applications will be evaluated.

• A one-time window in 2021 allows towns to opt out of adult cannabis use. They would have to hold a referendum by the end of the year. "If they don't do it this year, they can never do it," Roche said. Zoning regulations could also limit where various kinds of cannabis businesses could operate.

• Considerations for prospective businesses include banking and security.

Benn Lobol and Paul Coffman were looking at the possibility of creating a high-end retail experience to complement their business, Ape and Canary Salon and Spa, 566 East Ave.

"We're very, very interested in the marijuana law changes" Lobol said. "With this being such a new industry, we want to be in the forefront of it."

Donny Clutterbuck, who is known for his innovative cocktails at Cure in the Rochester Public Market, arrived with concerns about possible interactions between marijuana and alcohol.

"I think it's a separate business," he said. "These two don't belong in the same glass."

With marijuana law changing, Roche said people interested in establishing a business in the industry could prepare by forming a legal entity, such as an LLC, and registering trademarks and logos.

"Even then, you don't know if you're going to get a license," he said.

When the wheels are finally set in motion, the action will be fast and furious as people try to seize the opportunities.

"A little planning now will go a long way in the future," Roche said.

You can read on right here: