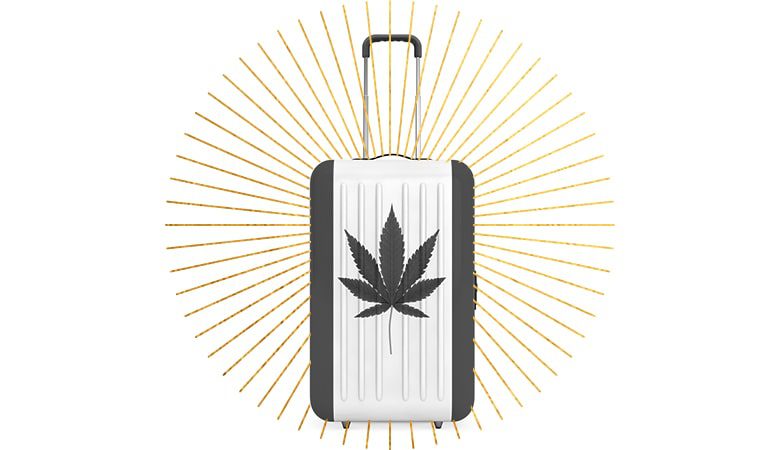 According to a report by the Times Union, police at Albany International and other major New York airports are no longer arresting, issuing tickets or conducting product seizures in the event of low-level cannabis possession by travellers.

We don't seize it. We just look for threats — explosives, knives, guns; we don't look for illegally possessed narcotics," Bart R. Johnson, a former State Police colonel who serves as the federal security director for 15 airports in the state, told the Times Union. “ When we notice something suspicious on a pat-down or something like that and then we discover that it's marijuana ... so we're looking to see if it's a threat. ... If it turns out to be something that appears to be an illegal substance, we notify law enforcement."

The new policy is a result of the recent legalization of cannabis for adults in New York.

According to Bart R. Johnson, former State Police colonel and current federal security director for 15 airports in upstate New York, "We don't seize [cannabis]. We are only looking for threats - explosives, knives, weapons; we are not looking for illegally possessed narcotics." Instead, if a suspected illegal substance is discovered during the search for contraband related threats by TSA officers, "we notify the authorities."

Officials of the TSA - a federal agency - are required to notify local authorities whenever they find an illegal substance, and cannabis remains banned by the federal government. But cannabis has been legalized in New York, and Albany County Sheriff Craig Apple said that if a passenger is found to be carrying cannabis, lawmakers will take no further action unless the amount of cannabis appears to exceed the 90-gram possession limit of the state.

"We don't take it anymore," he said. "It's legal if not more than three ounces and, well, have a nice day."

The Port Authority of New York and New Jersey told Fox News it will enforce state laws when asked if airports in New York City will no longer seize marijuana or make arrests of travelers.

Officers in the state would previously make dozens of arrests per year for marijuana possession at airports, but New York legalized recreational use of cannabis in March.

The change follows similar policy changes in other post-prohibition states. In 2018, LAX officials in Los Angeles announced that the airport would allow marijuana possession by travellers.

Officers in the state would previously make dozens of arrests per year for marijuana possession at airports, but New York legalized recreational use of cannabis in March.

Last January, Chicago airports established so-called "cannabis amnesty" boxes where travellers could deposit any cannabis product they were carrying before going through security – notably, security footage showed that one of these amnesty boxes was stolen by a traveller who arrived within weeks.

"This is a historic day in New York - one that rights the wrongs of the past by putting an end to harsh prison sentences, embraces an industry that will grow the Empire State's economy, and prioritizes marginalized communities so those that have suffered the most will be the first to reap the benefits," Democratic Gov. Andrew Cuomo said when the state legalized the drug.

In an April 2019 Instagram post, the TSA hinted at its more tolerant outlook on marijuana possession: “Are we cool? We like to think we’re cool. We want you to have a pleasant experience at the airport and arrive safely at your destination. But getting caught while trying to fly with marijuana or cannabis-infused products can really harsh your mellow," the post stated, adding "#marijuana" and "#traveltips."