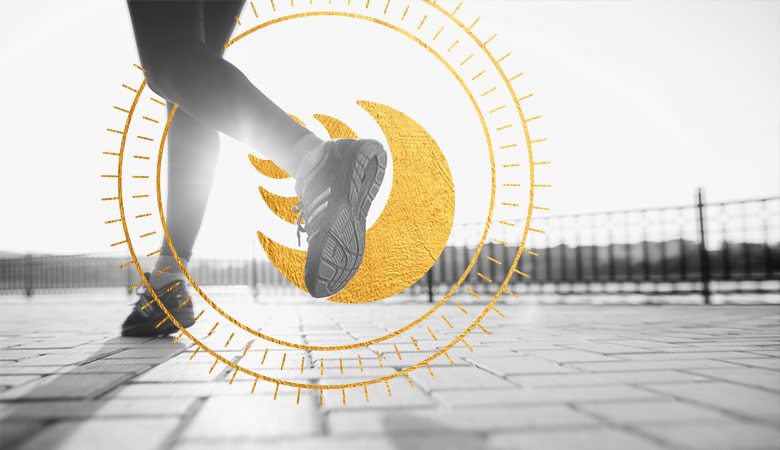 Everything happened like in a movie. Since Román Luna felt that his left arm fell asleep, things were falling out of his hands; his eyes got heavy until many studies were carried out that diagnosed him with multiple sclerosis (MS). It was 2012, and life took a sharp turn in the journalist's life who wore the shirt of River Plate, and Newell's Old Boys do Rosário in the 90s, dreaming of winning in the first division like many young Argentines.

When he learned of the disease, he went through different mental and emotional states. He went through a deep depression, but in a moment, he was out. He found in running the escape route to lead a better life and the energy to help others in the same situation. It should be noted that MS is a brain and spinal cord disease that can lead to disability. The immune system attacks the protective sheath (myelin) that lines nerve fibres and causes communication problems between the brain and the body. Over time, the disease can cause permanent damage or deterioration of the nerves.

"As a communicator and athlete, I felt the need to be the voice of patients because there is a gap in this regard because we always listen to the professional's voice. It is necessary to say what happens with this type of pathologies," Román told El Planteo. After a deep depression at the end of 2017, he created the project Hoje Can Ser um Grande Dia, inspired by a song by Joan Manuel Serrat and based on communication, sport, health, and motivation. "I combined everything a little with what made me, what I was frustrated with, which was the sport. Obviously, one alone cannot. That's why I also asked for help, both from family, friends, and professionals", says Román.

How he reinvented himself

Román was born in Saira, a city in southeastern Córdoba with approximately 700 inhabitants. He lived a childhood of a lot of football, a bicycle, a rubber band around his neck and, after school, afternoons on the streets and friends.

Valentina and Román train five days a week or six days with a group called Sportream and prepare with a physical education teacher to strengthen their muscles and support the mountain path. Not a few people said to Roman, "Will you be able to run?" Or: "Will it be dangerous because of your condition? Or: "Ah! You can run it with MS".
"Many impediments are mental," says Roman. In my case, it's like I have no limitations, I can do everything, but I take care of myself a lot. I try to take care of my engine, my machine, I'm not 20 either".

With a balanced diet, Román eats a little of everything but has eliminated refined flours. He weighed almost 100 kilos and is now weighing 70. Eat lots of fruits and vegetables. "Thanks to running and diet, I keep myself in shape although, due to the kidneys, I have to measure the proteins, as I take a medication for MS every day."

Keep in mind that patients with multiple sclerosis have to deal with a very high pain threshold, body aches, numbness in the legs. "My left leg is almost asleep, tingling, in sclerosis, it is called 'clubfoot' or 'dropped foot', so it also needs to be strengthened and I have difficulty sleeping, sleep disorders that are also characteristic of pathology and anxiety", explains Román Luna. Every morning, as a palliative for the pain, Román takes marijuana oil. He went through various types of marijuana oil until he found the one that finally worked for him.

"There's a marijuana oil they told me to try, and the truth is that it feels good, it calms me down, it soothes my pain a lot," he says. Roman was recently operated on and is still in the process of recovery. "Postoperatively, they prescribe that you take ibuprofen every 8 hours, and I didn't take anything. I'm taking marijuana oil, which is what I think is good for me."

The marijuana oil that finally yielded good results came from people who work with Mamá Cultiva, in the province of Entre Ríos. "These are very good quality products, very pure and efficient. They are doing me good. I recommend you try marijuana oil because it has no side effects, nor adverse effects like the chemical that improves on the one hand and worsens on the other", he guarantees. Román Luna believes that multiple sclerosis, in addition to physical and emotional difficulties, came to give him "a great lesson".

The journalist and athlete say that he stopped "looking at the navel" and started thinking that "there are many people who find themselves in much more adverse circumstances than mine and being able to lend a hand from my position as a communicator is a very important role, because this is not communicated, it is not known".

Did you learn about marijuana oil? You can check some other posts here: