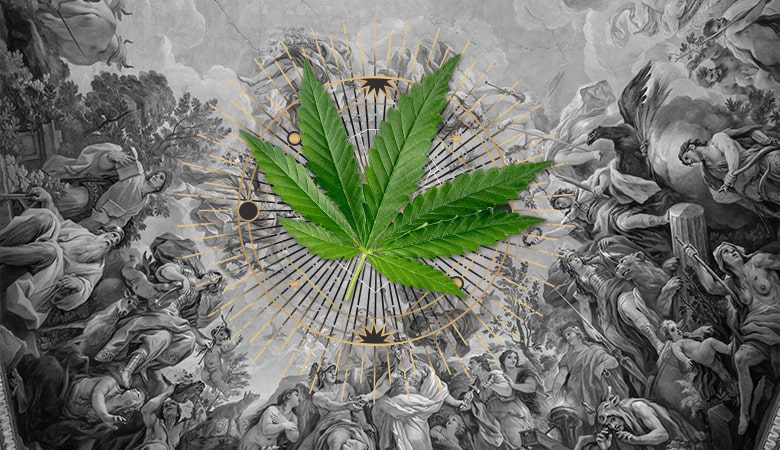 Health
Thank God for sending cannabis to me!

God Sent Cannabis To Me

Entities judicialize the right to produce the medicine “I didn't even think about suicide. But the truth is that I was already killing myself inside ”, thus retired teacher Zeza Araújo, 63, tells how she felt over the almost decade she suffered from depression.

“I took so many medications that I don't even remember. Until one day my doctor said to me “I don't know what to do with you anymore. I've already given you everything and you don't get better ”.

It was then that the children convinced her to take the oil based on marijuana. "I did not want. I cried and said: but am I going to take marijuana now? I had a lot of prejudice ”.

Convinced, today she proudly shows the bottle of oil, which she has been drinking for almost a year. “God sent cannabis to me,” he says, with his one-year-old granddaughter on his lap.

Zeza is part of the 3,200 patients who are currently treated with cannabis oil produced and marketed by the Brazilian Cannabis Support Association Esperança (abrace), the only one in Brazil with this permission. The entity, created in João Pessoa by Cassiano Teixeira, 46, spent almost three years in illegality, until in April 2017, through an injunction, obtained permission to operate.

Today, the 2,000 feet of marijuana planted at the association's headquarters can produce 4,000 liters of oil per month, used to treat diseases such as Parkinson's disease, Alzheimer's, epilepsy, depression, and cancer, not only in humans but also in animals.

"I started importing illegally, to treat my mother who was suspected of cancer, with the same symptoms as my aunt, who died because of the disease", says Teixeira. “My brothers were disgusted because they said that I gave drugs to Mom. Today they all use oil ”.

There are also those responsible for telephone and financial assistance, for dispatching orders to the entire country, pharmacists and laboratory researchers, and cultivators in greenhouses.

Almost 40 employees work around the business. “We are changing our headquarters because there are no longer so many people here,” says Teixeira.

Here at cannabis company you can find the best oils, click on the link and discover: https://cannabiscompany.shop/product-category/oils/

In the waiting chairs, a lady crochets while she waits for her turn, and an elderly couple holds in their hands a bag with the mark of a medical laboratory.

“Generally speaking, anyone looking for cannabis has tried many other allopathic treatments,” explained Gabriel Andrade, 30, a family and community doctor, who provides care at a João Pessoa health clinic and, in some cases, prescribes cannabis.

He says that the patients themselves are already informed about the therapeutic use of the plant. "People want to use it, the demand is very high, and due to different problems," he says. “But access is difficult, they think it is something that is very far from their reach. And it often is ”.

Today, there are two ways to access the medicine: one is through Abrace, which charges 150 to 550 reais for the oil bottle, depending on the amount and concentration required by the doctor. In addition, it is necessary to join the entity and pay an annual fee of 350 reais.

The other way is to import the oil, which requires authorization from the National Health Surveillance Agency (anvisa), in addition to reports and medical requests from an authorized professional and to prescribe the medicine. Marijuana in shampoo but it was not always so. “

By Pedrinho, we entered the international drug trade,” says Sheila Geriz, 45, a civil servant, and the mother of Pedro Américo Geriz Pinto, 10, an epileptic. "From three months to four years of age, he was a little plant in a wheelchair, just drooling and convulsing."

It was then that the family sought information about the use of marijuana in the treatment of epileptic seizures, which, according to her, they reached dozens a day. "I went to a doctor who laughed in my face. He said the boy was going to get high. He took 16 pills a day and she was worried about him getting high on marijuana.

”At that time, it was not even allowed to import the medicine. "We bought the oil in the United States, sent it to the home of a friend in the country, who put it in syringes and sent it to us in a box full of pens to hide it," he says.

But in a matter of months, the Federal Police withheld the order. “We lost 13,000 reais because I was already buying for nine other children”. Everything is illegal.

Desperate and unable to import the oil, the parents, who at that point were already organized into a group, tried by other means. “There was a mother who came to bring the oil from Ireland, in shampoo bottles,” says Sheila.

From the group was born the Cannabic League, an entity also in João Pessoa that won in court the right to import marijuana oil. Today, Pedrinho, who has been called “the little boy in the pot” on the street, takes only oil and no more medication.

The boy walks and has gone on for months without any seizures. Sheila herself, who is president of the League, makes use of the oil for arthritis pain. “At home, almost everyone is a stoner,” he says, laughing.

But it is necessary to be cautious with this “miracle” that many patients refer to when talking about marijuana. Although the use of cannabis in the treatment of epilepsy and seizures is already more consolidated, it is not possible to say, scientifically, that the plant is used for as many diseases as its supporters claim.

"There is still a lack of more robust studies for us to be able to use cannabis in psychiatry on a more routine basis," says psychiatrist Rodrigo Martins Leite, director of institutional relations at the Institute of Psychiatry at Hospital das Clínicas de São Paulo. “At the same time, there is a resistance at universities in Brazil to study and verify what disorder cannabis is used for. This resistance delays us in drawing more correct conclusions ”.

Although he is allowed to prescribe marijuana-based drugs, Leite is thoughtful. "In the case of psychiatry, we verified the effectiveness in autism and anxiety disorders, such as panic disorders," he says. “But in the case of depression, it is still a gloom, there are people who get better and others who have a worse picture. So I don't agree with this thing of being a panacea, that marijuana can cure everything. This is not the case, there will be limited therapeutic uses ”, he says.

The “gold rush for cannabis”

The hairdresser Débora Guilherme de Oliveira, 27, left Livramento, in the inland of Paraíba, to seek help in João Pessoa, which has been called “the Brazilian California”.

“I've been on the pilgrimage for three days,” she said. With a folder of documents, like a prescription and reports in her hands, and both eyes on her daughter, Nauany Victoria Guilherme Sales, 7, autistic, epileptic, and with a bad heart formation.

Alone, without the child's father around, she says she can no longer hold the girl at the time of a crisis or an outbreak. “She already takes the maximum dosage of the medications, which causes her anxiety.

For this reason, she wakes up around three in the morning and only sleeps again at night ”, she says.

According to the mother, Nauany only has a healthy kidney, due to the amount of medicine already ingested. That is why she claims to have so much hope for cannabis. "I think it will be a game-changer in her life."

Débora went after Sheila, who, in turn, says she went after another mother when she started looking for help with marijuana treatment for her son. It is through these searches that networks are being formed throughout the country.

There are dozens of entities and associations, formed especially by fathers and mothers, organized in favor of the use of marijuana for medicinal purposes and that fight in court for this right.

Sheila says that the Cannabis League has among its police partners, delegates and judges. "The disease does not choose," he says.

The entity's next step is to obtain in court the right to grow marijuana at home for its own oil production. "Either we have the plant at home, or we will not have access," he says. In 2015, Anvisa removed cannabidiol - one of the more than 100 substances found in the species Cannabis sativa - from the list of prohibited drugs in Brazil.

As production in Brazil is not allowed, the decision only paved the way for the import of the substance. That same year, the ministers of the Supreme Federal Court (STF) started a discussion about the decriminalization of marijuana use.

At that time, ministers even discussed the number of marijuana plants that each user could have at home, but the trial has not yet been concluded.

At the end of last year, Anvisa released the commercialization of medicines based on cannabis in pharmacies.

The decisions, although they encourage discussion about the therapeutic use of the substance, do not necessarily translate into accessibility, as it is not yet known what costs these remedies will reach in Brazil.

For Sheila, the decision is "terrible", because it does not recognize the work that patients and entities have been doing in Brazil for years, privileges those who have the greater purchasing power to buy the medicine, and ignores the fertile climate and soil for cultivation in Brazil.

“It is an attack on national sovereignty. “There is no point in treating marijuana as a Tramal [a painkiller] because it is not. And that is why it will not work to sell in a pharmacy ”.

Cassiano Teixeira, from Abrace, thinks that the decision is a small step forward, but, in practice, it changes little in terms of accessibility. "Now the gold rush of pharmacies and laboratories for cannabis will start," he says. Rodrigo Leite argues that prejudice barriers need to be broken down for medicine to advance.

“We reached a limit in relation to traditional medicines. If we don't have the courage and incorporate other substances, we will be stagnant".

In the case of retiree Zeza Araújo, the prejudice was broken as soon as she started to improve.

“Before, the best time of day was when it was dark because I could shut everything up and sleep,” she says. "Not today. I go to the gym, study philosophy, got involved in volunteer work at the church, and last year I traveled to three countries. I had a lot of prejudice, but cannabis just did me good".

She claims that she doesn't take any medication anymore and that even the oil she only uses from time to time. “I count in the church that I use and say that it is a normal plant. I don't know why it's not legalized ”.