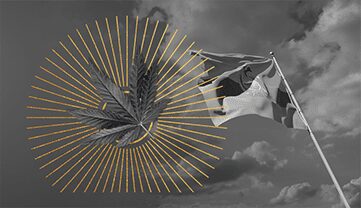 While we see the number of countries adhering to the decriminalization of cannabis increasing to include Ecuador, there is a question for reflection before we start this matter.

To what extent will the ignorance and opportunism of Brazilian politicians continue to impact our lives negatively?

Ecuador has recently legalized the cultivation of industrial hemp, excluding the plant from the list of substances subject to the country's Comprehensive Organic Penal Code rules and including in the jurisdiction of agricultural authorities.

Ecuador's Ministry of Agriculture and Livestock is expected to issue regulations on hemp within 120 days of the law's enactment in late June.

Interestingly, this new law sets the THC limit for hemp at 1.0%, already following the lead of a growing number of countries that have put their barriers to THC beyond the generally accepted global standard of 0.3%.

Countries that define their laws adopting the 1.0% limit, therefore, have a market advantage in this sector over those where the limits are lower.

Which countries have set their THC laws at 1%?

In Europe, Switzerland has an established barrier of 1.0%. Some states in Australia also operate under this limit.

In addition to them, other hemp producing countries that also set their THC limits at 1.0% were Uruguay, South Africa, Malawi, and Thailand.

Not everything is flowers

While Ecuadorian parties interested in cannabis welcomed the new law, the Federation of Cannabis Communities of Ecuador questioned rules prohibiting the planting of hemp in border and coastal areas and said the proposed regulations would not allow farmers to participate in the industry due to warranties, licenses, and necessary fees requirements.

These producers will likely need to form an entity or legal association to comply with the new law.

The Federation also criticized the law for granting the Ministry of Agriculture excessive powers to inspect, sanction and destroy hemp plantations and for lack of environmental considerations related to the use of agrochemicals.

EcuaCáñamo, the Ecuadorian Association of Medicinal and Industrial Hemp, called for regulations to be simple and avoid problems like in other countries caused by over-regulation.

In the world of cannabis decriminalization, Latin America has been developing rapidly as a global hotspot. There is growing speculation that the region is going to be a major exporter of medicinal cannabis to other parts of the world which are facing severe shortages.

Governments and residents around the world are gaining newfound support and enthusiasm for medical cannabis. The government of Ecuador has announced its intention to open up its medicinal cannabis market to the public soon. This country's government is reportedly planning to pass legislation before the end of 2019 allowing for the controlled production of cannabis.

As the legislation moves forward, Ecuador could contribute to Latin America's position as the world's most dominant cannabis producer.

In this section, we will discuss Latin American cannabis in a nutshell

To varying degrees, the use of cannabis for medical and scientific purposes has been decriminalized in Latin America. Uruguay, Argentina, Chile, Colombia, Mexico, and Peru have all decriminalized cannabis for medical and scientific purposes. As of now, Brazilian law only allows patients with multiple sclerosis to use Sativex, a medication containing cannabis.

Cannabis-producing and -consuming countries in the region have eased up on their regulation policies, which has resulted in a booming global economy. Cannabis cultivation in Latin America is an advantage due to its low production cost and temperate climate.

According to industry forecasts, the medical marijuana market is projected to grow as governments and lobby groups turn the tide on the debate. More countries are easing restrictions on the consumption and sale of cannabis products, which will lead to further increases in global demand.