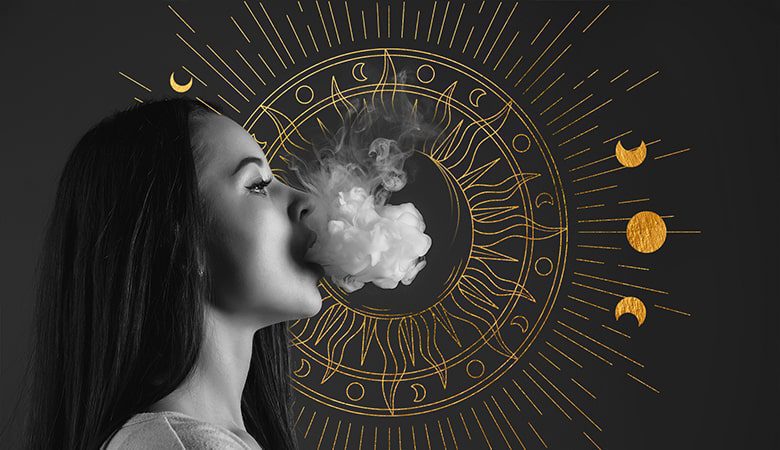 DREAM, MEMORY AND MARIJUANA: SIDARTA RIBEIRO ON THIS POWERFUL LINK

Founder of Instituto Cérebro, the Brazilian neuroscientist talks about the use of marijuana in the treatment of diseases such as cancer, the importance of sleep and how the excess of screens is making us dumber.

A brief presentation barely manages to list all the titles of Sidarta Ribeiro. Founder and vice-director of the Instituto Cérebro of the Federal University of Rio Grande do Norte (UFRN), where he takes care of the Dream, Sleep and Memory laboratory, the neuroscientist holds a master's degree in biophysics, a doctorate in animal behaviour, a post-doctorate in neurophysiology and, well, far from science, capoeira foreman, a disciple of Mestre Caxias and Paulinho Sabiá.

He has published over a hundred articles, but it was his book, The Night Oracle, that brought the history and science of dreams to the bedside of thousands of people who have never leafed through a scientific journal. In addition to his extensive research on our sleep, Siddhartha is also one of the biggest names in Brazil when it comes to psychoactive substances, especially marijuana.

The neuroscientist argues that marijuana is the great medical revolution of the 21st century, just as antibiotics were in the last century. "Brazil has still not managed to regulate basic things such as the right to grow it at home or in associations and cooperatives, the availability of cannabinoids for research, and it continues to attack the population for selling medicines," he says. "The medical use of marijuana needs to be regulated immediately because the population suffers a lot."

In a chat with Trip FM, Sidarta talks about the progress of studies showing the effects of cannabinoids in the treatment of diseases such as Alzheimer's, Parkinson's and even in the control of cancer tumours, the consequences of excessive use of screens in children and adolescents and the importance of quality sleep in our lives.

What is the news about the therapeutic effects of substances that come from marijuana?

Marijuana is not a plant that is only one medicine; it is many different medicines because it has different genetics. There are also different ways to prepare it, to cure it, to make extracts and heat it at different temperatures that will allow the use of more than 400 compounds of therapeutic interest, which we call cannabinoids, terpenes, flavonoids. So marijuana is here to stay. People need to understand: 21st-century medicine is cannabis medicine.

Marijuana is very important in neurology, for example, in the control of epilepsies, to mitigate and potentially reverse cognitive damage in Alzheimer's disease or to decrease tremors in Parkinson's disease. Also, for the control of neuropathic and chronic pain, and, in the cancer clinic, not only by mitigating the side effects of radiotherapy and chemotherapy but also because there are combinations of cannabinoids that are antitumor particular for glioblastoma. But it is very important that the intervention is done early, and this evidence of the antitumor capacity of marijuana is growing very fast.

"Marijuana is for the 21st century what antibiotics are for the 20th century."
Siddhartha Ribeiro, neuroscientist

I've been saying that marijuana is to 21st-century medicine as well as antibiotics to the 20th century. You can't cover the sun with a sieve. There are many medical marijuana deniers in Brazil, but that is changing as patients, and their families are demanding to be treated at their best. The best thing about it is not pure cannabinoid, which is expensive, but a broad-spectrum extract of a much cheaper plant and has the therapeutic potential of what we call the entourage effect, which is a synergistic effect of chemical cooperation between different cannabinoids.

For example, the combination of THC with CBD is extremely therapeutic. CBD reduces some of the adverse effects of THC and allows benign effects to be present. And it's very interesting because they're two practically identical molecules; the difference is a bond. This one connection causes it to become physiologically almost opposite, so one balances the other. So there is fine chemistry being made today in countries like Israel, Germany, the United States, but Brazil is very late in this whole story.

The country has still not managed to regulate basic things such as the right to grow it at home or in associations and cooperatives, the availability of cannabinoids for research, and it continues to attack the population for selling medicines. So it's essential to legalize, regulate the medical use of marijuana immediately because the population suffers a lot. Even in relation to Covid, there was a huge increase in marijuana use – not only here, but in different countries around the world – but in an environment of prohibition, so with a lot of pharmacological and social harm to users. This needs to change.

The use of electronic devices has also increased significantly. 65% of children and teenagers are addicted to devices and are unable to stay away from them for even 30 minutes. Children are completely dependent and so are adults. Tell me a little about this disgrace.

I agree with you; it's a disgrace. I have a 10-year-old and a 3-year-old. They're both super screen dependent, and I've limited it to two hours max for the older and younger ones; I'm trying to make it less or nothing. But it is a war, a gigantic dependence, great irresponsibility that we have already committed to our children, grandchildren and to us too. We are also affected by this. It's a big pandemic of cell phones, tablets, laptops; we're all online all the time, a lot of anxiety. There's an important book by a French neuroscientist, Michel Desmurget, called The Cretinos Factory.

He argues that the excessive use of screens explains that this younger generation, aged 15 and under, has a lower IQ than their parents. This had never happened since IQ was invented. With each generation, the IQ increased, and now it has fallen.

This has to do with a flattening of an experience that was very rich: you played, talked, studied more, read more. The children and teenagers of the past used a variety of sensory and motor stimulations that had a small screen, at most a television with two or three channels. Not now; it's an infinite thing.

Children are completely dependent and parents, unable to deal with their children at home, deliver them to the screens, often surrender to the screens. So you have situations where there are four, five, six people in the house, each one with a different screen, sometimes with high volume at the same time, a cacophony. It's a mad factory, probably an ass factory. I'm trying to convince my oldest son to understand the need to rule, moderate, and look for a middle way. The screen is not bad. The excess of the screen, yes.

Fifteen years ago, Trip made a kind of statement, a statement of the things she thought was most important in life, and one of them is sleep. Since then, we knew that there was a lot of meaning in the idea of ​​sleeping with quality, with time, with depth. Siddhartha, what is sleep and what is a dream?

Both are extremely important. Sleep is key. Without it, human life is not possible. An animal completely deprived of sleep does not survive. Sleep is super important for protein formation, so as much for the person who wants to learn a lot as for the person looking to build a lot of muscle. Sleep is essential for hormonal regulation, brain detoxification, for clearing a series of toxins produced by the brain itself. The dream is already higher-order processing, more complex with regard to the simulation of situations, behaviours, scenes, images, dilemmas, problems.

They are about navigating the complex world of cascades of symbols that we generate every day. All of these levels relate to people's physical and mental health. The person who manages to have good quality sleep – which starts not too late, ends not too early, is not fragmented, and, on top of that, allows the dream to be remembered – is very well on the tape, is very well positioned to have persistent health of body and mind.

The use of marijuana against nausea and vomiting caused by cancer chemotherapy has been shown to be beneficial in some small studies.

Research has indicated that inhaled marijuana (vaporized or smoked) may be useful for treating neuropathic pain (pain caused by damaged nerves).

Marijuana oil or hemp oil has not been tested on humans.

There is a long-standing finding that people who use marijuana extract in clinical trials tend to require fewer pain medications.

Recent studies have found that certain cancer cells which were grown in lab dishes could be slow to grow and/or die when exposed to THC and other cannabinoids such as CBD. There is also some evidence that certain cannabinoids may slow tumor growth and prevent cancer from spreading.

Delaying or avoiding conventional medical care for cancer while using marijuana as a single treatment could lead to serious health problems.

Did you learn about the use of marijuana in the treatment of diseases such as cancer, the importance of sleep, and how the excess of screens is making us dumber? You can check some more of this and other topics here: