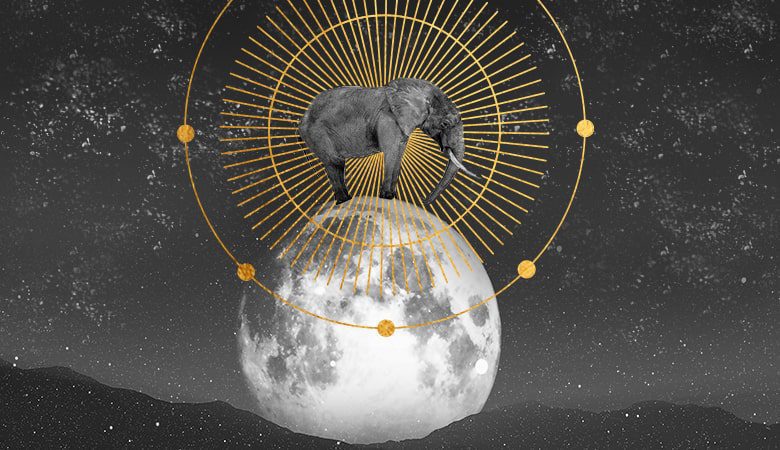 After a death in the herd left young Fredzia struggling to survive, zookeepers have turned to a new experimental treatment that they hope to alleviate the effects of depression and anxiety on the bereaved elephant.

Erna, the largest and oldest female from the African elephant enclosure at Warsaw Zoo, died in March, leaving behind three young mourning companions to learn their new roles in a fragmented group. Fredzia, in particular, found it difficult to adapt.

"This is a big game-changer for all elephant groups. Elephants can have behavioural problems when the structure of a group changes," Dr. Agnieszka Czujkowska, who heads the zoo's Animal Rehabilitation department, told the BBC.

At the time of Erna's death, zookeepers said that Fredzia was depressed and showing signs of mourning. Since then, the young elephant seems stressed as he struggles to bond with other female Buba.

Dr Czujkowska and his colleagues hope an experimental cannabis oil treatment will relieve Fredzia's stress, allowing the elephant to relate more comfortably to others and restore balance to the herd.

Cannabidiol, known on the market as cannabis oil, is extracted from a compound in the cannabis plant and is believed to increase the brain's production of dopamine and serotonin, two chemicals known to affect mood. CBD has no psychoactive effects; therefore, it does not intoxicate elephants.

For the experiment in Warsaw, Dr Czujkowska will monitor the elephants' cortisol levels. Cortisol is a hormone produced in the human and animal body in stressful situations. A control measurement has already been taken.

"We are planning to give them cannabis oil and measure cortisol again. This is the experiment. So we know for sure [oil] is working or not," said Dr Czujkowska.

Stanford University professor Caitlin O'Connell, who leads the Mushara research project looking at the social structure of elephant groups, told The Independent that cannabis oil should be an appropriate treatment for the Warsaw herd, considering the alleviating effects of the stress it can have on humans, who may not cope so differently with the loss of their large-eared mammalian companions.

"[Elephants] seem to exhibit behaviours similar to ours in the context of loss, and since we share the same hormones, anything that helps reduce anxiety is worth trying," said Professor O'Connell.

Professor O'Connell writes about the complex ways elephants deal with pain in Wild Rituals, her next book. In a case not unlike the one at the Warsaw Zoo, which saw the death of a matriarch in a herd, zookeepers gave the youngest elephants access to the corpse, and two of the dead animal's closest companions spent the entire night spreading earth over the corpse.

Known as a cannabinoid, hemp oil contains a naturally occurring compound known as CBD (cannabidiol). The cannabis plant contains these compounds. According to their level of tetrahydrocannabinol (THC), cannabis plants are sometimes called hemp or marijuana.

CBD does not produce the same effects as marijuana, such as a "high." THC produces a "high."

Hemp or marijuana plants can be used to produce CBD.

New research has investigated the health benefits of CBD, which has gained popularity in recent years. CBD oil and other CBD products may successfully treat depression symptoms in some cases, according to some research.

What benefit does it have?

It's important to understand that CBD research is limited if you are considering using CBD for therapeutic purposes. Over the last decade, many studies have been conducted, but most of them involved animals.

So at the moment, we can only speculate about CBD's potential benefits for depression in humans.

There is evidence to suggest that CBD may help with depression, especially when it comes to:

What does the research suggest?

CBD may have positive effects on the serotonin receptors in the brain, making it beneficial for depression.

Depression is likely associated with low serotonin levels. It's important to note that CBD doesn't necessarily increase serotonin levels; however, it may affect your brain's chemical receptors response to serotonin you may already have.

An analysis of existing studies conducted by Trusted Source in 2018 concluded that CBD may reduce depression associated with stress by exerting anti-stress effects.

A lot of research and reviews are published every year in this area as this is still an active area of study. Information about how to most effectively use CBD will continue to change as researchers learn more about it and its potential benefits or concerns.

What is its effectiveness as compared to antidepressants?

CBD (cannabis oil) has some benefits over antidepressant medications when it comes to treating depression.

There is typically a delay of weeks before an antidepressant medication begins to work. However, according to a 2019 study conducted by Trusted Source, CBD has antidepressant-like effects that last for weeks or months.

There may also be fewer side effects with CBD compared to antidepressant medications. The most common side effects of antidepressants include insomnia, sexual dysfunction, mood swings, and agitation. These issues have not been reported with CBD (cannabis oil).