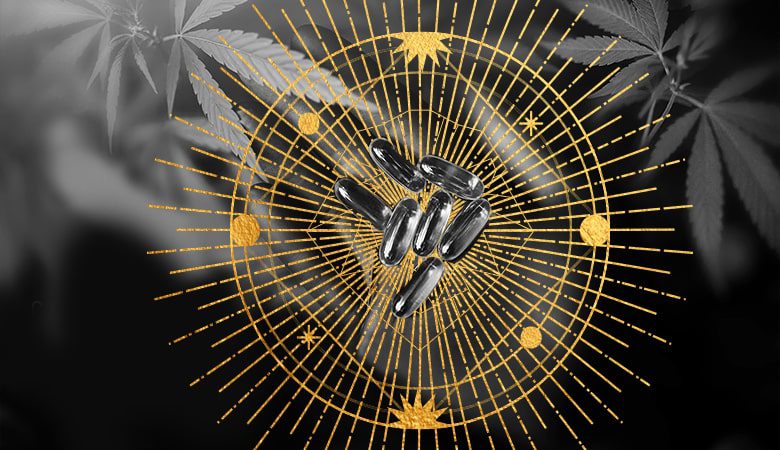 CBD tablets are the new hype - but what is CBD really about?

CBD tablets are one of the many derivatives of CBD, a key component of the Cannabis Sativa plant. Despite being known for millennia, it has only been in recent decades that science has made tangible advances in the understanding of one of the oldest plants known to mankind, Cannabis sativa. It is from this plant that the psychoactive herbal preparations known as marijuana and hashish are obtained.

In addition to its use as a psychoactive, plants of the Cannabis genus have already been useful in several segments, including textile manufacturing for their high-strength natural fibres. According to an archaeological study, there is evidence that Cannabis was a plant known for over 4,000 years in Asia. This plant was possibly cultivated and used as a therapeutic resource by ancestral healers. After that, in the last century, the tincture of Cannabis was included in the Portuguese pharmacopoeia, and even in the first editions of the Brazilian one, where there was detailed access to the preparation processes of this pharmaceutical form, containing active ingredients of Cannabis.

In the 19th century, the use of cannabis tinctures and extracts was widespread in Europe and North America, largely through the contribution of Irish physician Dr. Willian B. O'Shaugnessy and French psychiatrist Jacques-Joseph Moreau, who had discovered this medicine on one of his numerous trips to the Orient.

In the early 20th century, several pharmaceutical companies produced cannabis-based medicines, including the giants Merck (Germany), Bristol-Meyers Squibb (United States) and Eli-Lilly (United States). Decades later, despite the millenary use of Cannabis, numerous legal restrictions limited the medicinal use of tinctures in the United States, with the official withdrawal of the pharmacopoeia in the 1941 edition with consequent elimination from the therapeutic arsenal of Western physicians.

The international treaty known as the "Single Convention on Narcotic Drugs" published in 1961 by the United Nations (UN), implemented in the United States by the "Controlled Substances Act" of 1970, granted to the Drug Enforcement Administration (DEA) and the Food and Drug Administration (FDA) the responsibility to identify which substances were authorized or prohibited, as classified in schedules I, II and III. The ban had very negative consequences for the newly initiated study of the medicinal properties of Cannabis by Western science, which had been driven by the discovery of the active ingredient Δ9-tetrahydrocannabinol (THC) in the early 1970s.

CBD tablets are predominantly made of CBD, one of the two main cannabinoids present in Cannabis. In order to understand the differences between the classes of compounds discussed in this article, it is important to conceptualize what cannabinoids, endocannabinoids and phytocannabinoids are. The compounds originally identified in plants of the Cannabis genus were collectively called cannabinoids, with effects associated with cannabinoid receptors (CB1 and CB2).

Regardless of chemical class or origin, cannabinoids act on receptors distributed throughout the body, with particular concentrations in the central nervous system (CNS). For the reader interested in a more detailed description, we suggest reading. In the context of this review, it is worth remembering that the human brain produces substances with actions similar to phytocannabinoids such as THC. These substances are known as endocannabinoids, and two of their best-described representatives are anandamide (AEA) and 2-arachidonoylglycerol (2-AG).

Legislation regarding Cannabis - where do CBD tables stand?

After about 50 years of the "Single Convention on Narcotic Drugs" that banned its possession, consumption and sale, Cannabis is recognized as the most used illicit drug in the world. Today, there are severe criticisms of the logic used at the time to classify psychoactive substances into legal and illegal, arbitrary and unrelated to the potential of these substances to cause harm to the individual who uses them, or to others in their social context. The scale proposed by David Nutt, based on the objective assessment of psychiatrists, suggests differences in relation to the arbitrary classification used in the UN convention.

Considering the physical harm to the individual, social harm to family members/community and potential to cause dependence, illicit substances such as heroin, crack, cocaine and methamphetamine were classified as high risk. However, marijuana, ecstasy and LSD were ranked lower than substances now considered legal, such as alcohol and tobacco.

When it comes to specific cannabinoids, such as CBD (the main component of CBD tablets) there have been huge signs of progress in international law legalising these products. CBD tables are now fully legal in several countries around the world. In fact, you can easily get CBD tablets in high-street stores, or purchase them from online retailers.

What are CBD tables used for?

CBD tablets are purchased for a variety of reasons. Customers mainly seek relaxation effects, including reduction of stress and anxiety. CBD tablets are also helpful in reducing inflammation in several parts of the body, thus aiding muscle recovery. CBD tablets tend to have mild effects, which start with a general feeling of improved well-being, followed by positive effects on the body and brain. It is impossible to overdose on CBD tablets, although it is recommended to increase the dosage gradually in order to avoid side effects. These can include nausea and stomach ache, however, they quickly resolve once the CBD tablets have been fully absorbed through the digestive system.