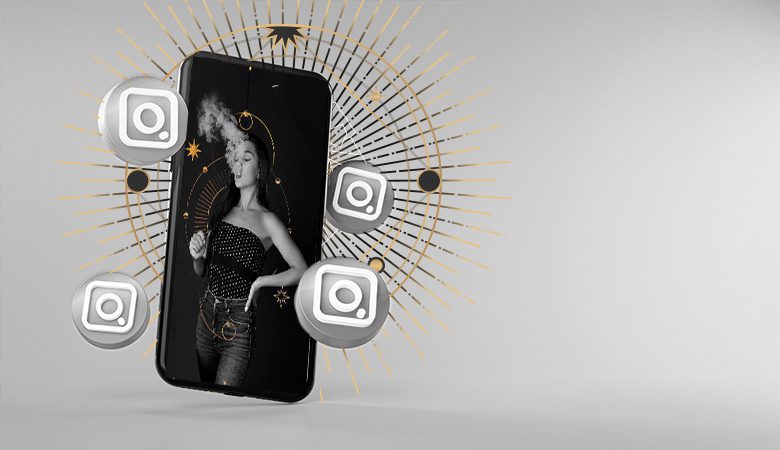 Cannabis-Related Social Media Accounts are being targeted by Instagram

Instagram is targeting and taking down cannabis-related social media accounts, something that hurts industry brands and influencers across the board.

Social media giant Instagram regularly takes action against cannabis-related accounts for violating the terms of service (TOS). Often enough, the reason behind a ban is often unclear to the accounts that are affected—which leads to a detrimental loss in engagement for up-and-coming cannabis businesses.

Instagram has had an estimated 1 billion active users since its initial release back in 2010. Any disruption to a thriving Instagram account, especially for cannabis-related accounts, can have devastating effects from a marketing perspective. In most cases, a violation of the TOS can be walked back through a series of steps, as detailed by marketing expert Colin Bambury. Bambury has encountered Instagram suspensions numerous times and wrote up a guide on his website Adcann to help others get their accounts reinstated.

“Social media is an important tool for marketers in any space. It allows brands to create connections and communicate with current and potential consumers anytime, anywhere,” Bambury writes.

“With COVID-era lockdowns, consumers are staying inside and scrolling through social platforms more than ever, increasing the importance of digital advertising and native content creation. The cannabis industry is no exception—with many brands, retailers, producers, and accessory purveyors utilizing platforms including Twitter, Facebook, Instagram, LinkedIn, and Snapchat.”

Bambury lists that Instagram and Facebook's policies around “drugs and drug-related products” include ads that don’t promote the sale or use of “illegal, prescription or recreational drugs,” avoiding the use of images related images such as bongs or rolling papers, avoiding any use of images of a recreational drug itself, and avoiding images specifically showcasing recreational or medical cannabis.

“Although Facebook acknowledges that cannabis can be both ‘recreational’ and ‘medical,’ implying that the substance is regulated and has medicinal value, their official website continues to communicate a zero-tolerance policy on ‘marijuana,’” he wrote in regard to the company’s image policies. “This poses a large problem for cannabis producers, brands, retailers, accessory producers, and marketing agencies looking to connect with consumers.”

On Instagram specifically, same-topic competition can also prove to be a nuisance. “Instagram will frequently prioritize removing content that is reported—which means that ‘haters’ and unethical competitors can, unfortunately, conspire to potentially have your page taken down,” he added.

“Up until recently, that was the main cause of content and account removal. However, in late 2020, Instagram and Facebook made an observable change to their AI-restricted content detection, as cannabis accounts and photos were targeted to the extreme. If you rack up enough posts that violate IG’s community guidelines, your account will likely be disabled,” Bambury concluded.

Unfortunately, even adhering to these rules and policies has resulted in banned accounts on social media such as Instagram and Facebook. In June, Cannaclusive’s Instagram account was banned for the first time since the creation of those accounts in 2017—with Director of National Projects and Social Media Kassia Graham expressing her confusion about why the account was banned in the first place.

She told Yahoo! that it might have been because of a post that garnered a large amount of popularity, or that maybe it was because they tagged other Instagram accounts that had recently run into issues with Instagram violations.

Maria Brasco, social media manager at MATTIO Communications shared that even implementing her own strict rules on what to avoid posting, there doesn’t seem to be any logic behind Instagram’s banning rules. “Accounts that err on the side of caution are being penalized, while their industry colleagues are blatantly ignoring the rules, and nothing happens,” she told High Times.

There isn’t a clear solution in how to 100 percent protect a cannabis-related Instagram account right now. Until federal legalization opens up new doors for issues like this, bans will remain commonplace—but in the meantime, those who manage cannabis accounts will benefit from becoming familiar with the account recovery process.

Read on about social media and cannabis content right here: