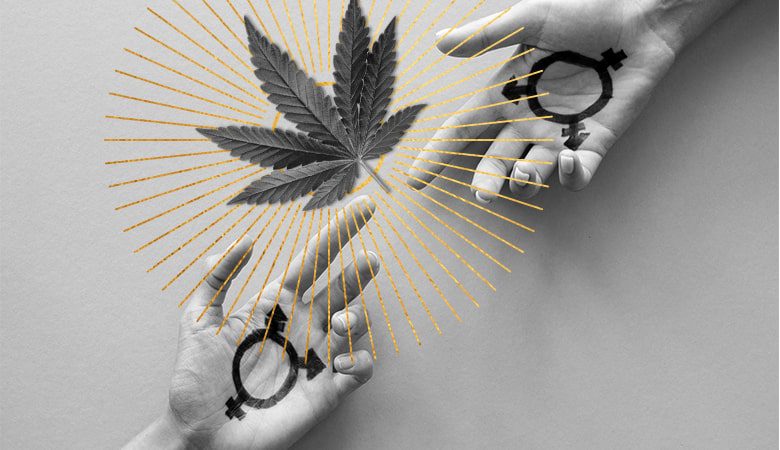 Hormone therapy is one of the most common gender transition possibilities offered to transgender people today. This treatment does not subject the person to surgical interventions, as in sex reassignment surgeries, and provides the correct hormones to make the gender adjustment.

The specialist has been working for at least ten years with cannabinoid-based treatment for several fronts, from epilepsy to studying the benefits of marijuana for women's health. She has been studying for months how the plant and its derived oils can help trans people. "Studies are super scarce, and it's hard to find material that talks about gender and cannabis. But it is possible to see that marijuana can help with comfort and the level of care during the process", she explains.

Despite being extremely important, hormone therapy can be a little uncomfortable, especially at first, due to the high amount of hormones that the body receives. "The person takes one hormone, and the body is producing another. This causes an imbalance and adversities such as insomnia, lack of appetite, and acne, for example. The emotional state of the individual is also shaken due to hormonal cycles", she explains.

The organism produces endogenous cannabinoids, which are also removed from the plant. It also has an endocannabinoid system responsible for controlling the motor, sensory, metabolic processes, sleep quality, and mood, among other functions. Arranz explains that cannabinoid oils have properties capable of helping to balance these hormones, reducing the adverse reactions of hormonal treatment for trans people.

"Inside our body, a lot of chemical substances are released for the functioning of everything to happen, and there are chemical mediators that connect with the receptors so that there is a state of homeostasis, which is the state of equilibrium. So, the cannabinoids, which come from the whole plant oil, connect to the receptors to make this balance", explains the biomedical woman.

In the case of use combined with hormonal treatment, this balance can directly impact the quality of life of the trans person. "Sleep is calmer, you can overcome the anxiety level, the diet is balanced, and this transition is smoother", she says. The emotion is controlled because the oil ensures that an adequate amount of serotonin is released, which impacts the feeling of well-being during the treatment.

Cannabidiol (CBD, cannabinoids) and tetrahydrocannabinol (THC) are the hormones commonly used by Arranz in transgender people undergoing hormonal treatment. Both are similar to cannabinoids in the endocannabinoid system and can stimulate receptors that are important for the body to function properly.

The expert says that, according to studies, THC has a great impact on the regulation of hormones in the body and is the only one capable of regulating different types of hormones, such as prolactin and hormones that stimulate growth.

"THC can modulate different neurotransmitters within the hypothalamus — the lower-central section of the brain that connects the endocrine system with the central nervous system," she explains.

On the other hand, the effects of cannabinoids influence the oestrous cycle (i.e., physiological changes). Studies show that this cannabinoid has a greater therapeutic effect in people with reproductive hormones considered female.

How should cannabinoid oils be handled?

"Today, Brazilian doctors have no idea what medical marijuana is," explains the specialist. The reason is that marijuana drugs cannot be prescribed in the same way as other drugs or with macro-dosages. This is because the body's response to marijuana can vary from person to person.

Mistakenly applied dosages and types of cannabinoids can cause a lot of harm. Arranz illustrates this through the cannabinoids prescription. "The macro dosage can bring disorders such as nocturnal restlessness, nausea, nausea, and heat. All of this can be avoided with a micro dosage".

Microdosing is defined more specifically based on information such as age, weight, routine, complaints, diet, and even daily life. Self-knowledge is also an important attribute for patients. "With this, it is possible to set up a dosage table so that that person can adapt", she explains.

Even if the treatment works well, the specialist says that it is necessary to be alert to the rebound effects that can happen. This indicates that further adaptations may be necessary. "The bod14y does not always work the same, so this knowledge is important for people to take the treatment forward", she says.